You present yourself as a composer/performer. Do you consider yourself more of a composer or is it performing that makes you tick?

I love composing. That comes natural. I was a performer from a young age, playing in the music ensembles that came to my mother's guest house. I still see that as an integral part of myself too, athough there have not been enough opportunities to get out there in recent years.

You were born in the UK. But your name sounds Irish. Can you tell me something about your roots?

The Celtic part of me didn't really come out until later in life. Although I'm of Welsh and Irish parents, it was something that was played down when I was young as England was having so much troubles with the IRA and Irish people were really much considered a 'lower cast'. Now I've never been allowed to forget/negate my Celtic roots, even here in The Netherlands! It is truly the source of my being/inspiration.

Does your Celtic heritage influence your music?

Yes, greatly. Through the poetry, history and philosophy, not always directly, but it's the love of the ambiguous. The Celtic mind usually draws no lines between the spiritual, the unknown and mother nature. Welsh and Irish composers have been a big influence on me: Alun Hoddinott, William Alywn, Sir Arnold Bax, William Mathias, and I admire the Gallic natures of Debussy and Messiaen.

You did you not follow the common path in obtaining a music degree. Can you tell a bit more about your educational journey.

Well I was going to have my own 'new wave' band in the late 1970's, I just loved the early credo of punk you know: Do it yourself and create your own music art' etc. It gave me some respect for my own aesthetics. Although I was a good student at school, I did not see the importance of formal education. I educated myself in the libraries and by watching I suppose 'too much' Open University. At one point I knew I had to go back to school! I really wanted to take music seriously and become a serious composer/performer. So this meant 3 years of night school so I could go to university and study for a degree.

You play various musical instruments. How did you come to pick them? What instrument did you start at? At what age? Would you consider yourself a multi-instrumentalist?

I don't consider myself a multi-instrumentalist. I started with guitar but I really love the bass guitar and I got on with that (I could also sing at the same time and there were people who were always looking for bass). The violin was my 1st serious study and I loved the violin that bands like Hawkwind and Ultravox used in their music as it was so 'classy' and yet tough and different and very emotive. I started to link violin to electronics as these violinists were also synthesizer players, so I started to love electronics. It just seemed you could mold sounds like an artist mixes paints.

As a composer you seem to like orchestral pieces. Who were your influences in this respect and how would you describe your work?

My great influence is Debussy, he just seems to break all the rules and makes such beautiful colours in this orchestrations. I discovered Debussy through Satie for they always seem to be 'associated'. Satie for his deep spiritual musical heart, Debussy for his embrace of all life.

I seek to go further into depths that Debussy and Satie touched upon with a little 'nod' in the direction of Phil Glass with my orchestral music. A kind of 'Medieval alchemist' approach searching for the 'philosophers gold'. I wish to go further into this hidden universe with my music. The orchestra is for me the universe in miniature.

When listening to your music one can clearly hear how it would work as film music.

Yes everyone tells me so, but I was brought up on a lot of B-movies, SF and American comics. What these films lacked in acting and script quality was made up by the music for me. The scores were fantastic. I should say that Bernard Herman is also a great influence. Later on the French movies genre also influenced me: 'film noir', silent films. I compose for films in my mind's eye I guess.

Electronics play a big part in your music and so does the Theremin. Do you integrate electronics with the orchestral and acoustic music or are they separate worlds to you?

Yes and no. I would dearly love to integrate electronics into orchestra. One hears this all the time in film music. However if you suggest this at serious concert level, it's just not taken seriously! Yet we hear it all the time, strange!

Over the last decade you have produced various cds with The Colour of Time. Can you tell us a bit more about this ensemble?

Well it started as a band then slowly evolved into an electronic ensemble losing more of its 'pop' qualities and becoming more spiritual in nature. I wasn't sure in the beginning what I wanted, a pop group, a jazz rock band, an orchestra, an experimental electronic ensemble, an arts performance ensemble like Phil Glass? I was really avoiding my own identity. Now it seems to have found its level. I was so tired of all the cliches that predominate western art culture from pop to classical music.

Your project Neon Winds has a more meditative feel. How did this come about?

Well the answer is in the question I suppose. It was just that I wanted something that could produce the same loss of time and perpective that Indian classical music produces on the listener (when played live). It's as simple as that, but I wanted it also to use those neglected aspects of Western invention and tradition. I love the Choir traditions of Medieval/Renaissance music and of course the wordless female choral parts used in the orchestrations of Debussy and Holst.

How do you see your musical future evolving?

I'm still waiting to hatch from my egg! What I see (want) is to function on three levels: as a serious Performer/Composer with my own ensemble, and I just love electronic dance/pop and as a harp player. That is the instrument of my soul, that Irish part of me that won't let me forget my heritage. 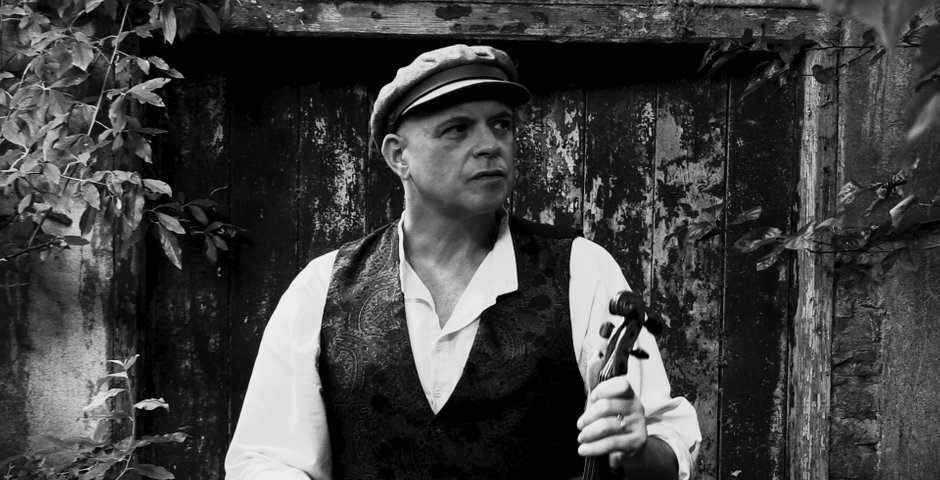